Innovate your way to the future

Like web designing, programming has also seen a paradigm shift because of the tools like Blookly by Google. These tools have enabled us to program by dragging, dropping, and modifying the already designed block of codes. Kodu Game Lab is a visual programming tool that is used to teach basic coding with the use of partnerships and pictures. Kodu Game Lab is a programming integrated development environment by Microsoft’s FUSE Labs which enables users to control the gaming character through blocks of programs. 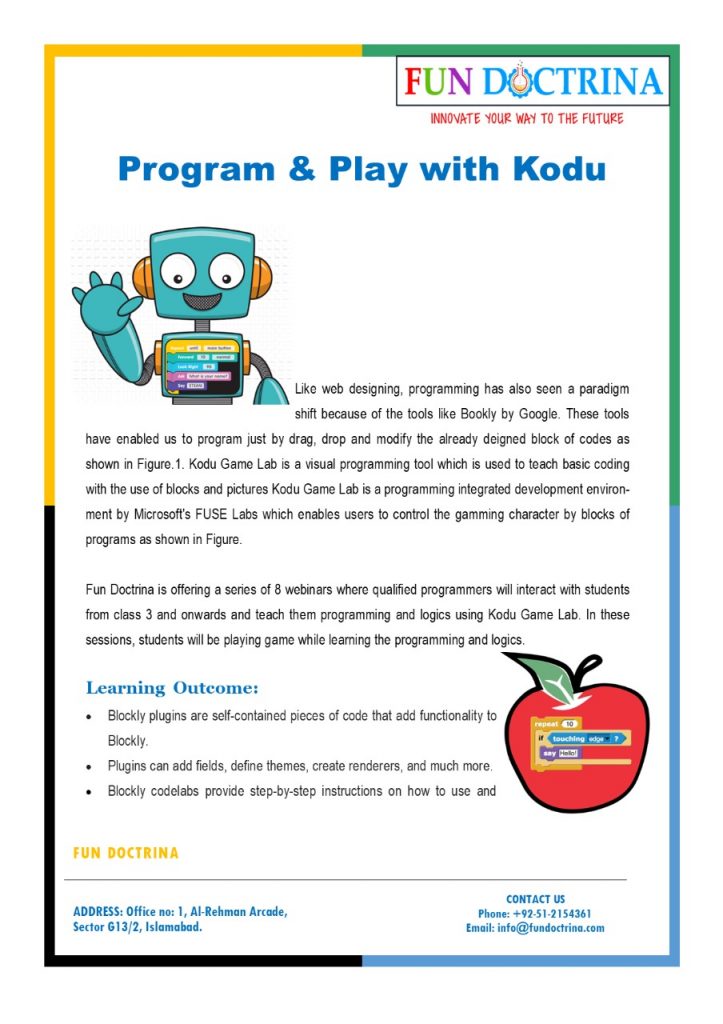